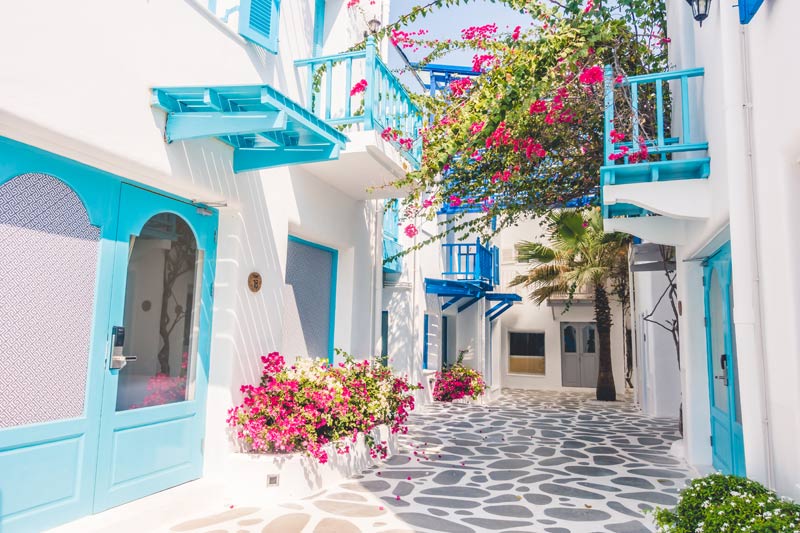 Also known as the island of the winds Mykonos is part of the famous Cyclades complex at the center of the Aegean. Tourism has been its’ major industry since the 1930s, when artists, politicians and other European VIPs began spending their vacations there, turning the island into an international hot spot. With the exception of the Second World War “parenthesis” tourists are rushing to Mykonos every year to experience the gorgeous beaches and the legendary nightlife that never ends before dawn. It is the ultimate holiday place for all ages and preferences.

Walking down the narrow alleys of the famous Mykonos town, or else “hora”, one can ran into Hollywood superstars, royalties, billionaires and other living legends that pay tribute every summer to this unique world top destination. More than an island of extreme beauty, Mykonos is a lifetime experience that unites under its blazing sunlight the rich and the famous from all around the world.

What else to expect from a stay in this unique spot of planet earth? Breathtaking sunsets in “little Venice”, one of the world’s most picturesque neighborhoods, small beach tavernas featuring fresh fish, sensational nightclubs and fancy world known gourmet restaurants. Also, small local shops that sell memorabilia next to haute couture fashion boutiques and luxury jewelers.

“Must do” of a holiday in Mykonos is a day cruise to Delos, one of the most important mythological, historical and archaeological sites in Greece. This small island with the magic energy was a holy sanctuary long before it was “appointed” by Greek mythology as the birthplace of Apollo and Artemis, god and goddess of music and hunting respectively. Delos’s ruins include temples, markets and the unique Terrace of the Lions statues. Many more of its treasures are displayed in the local Archaeological Museum.