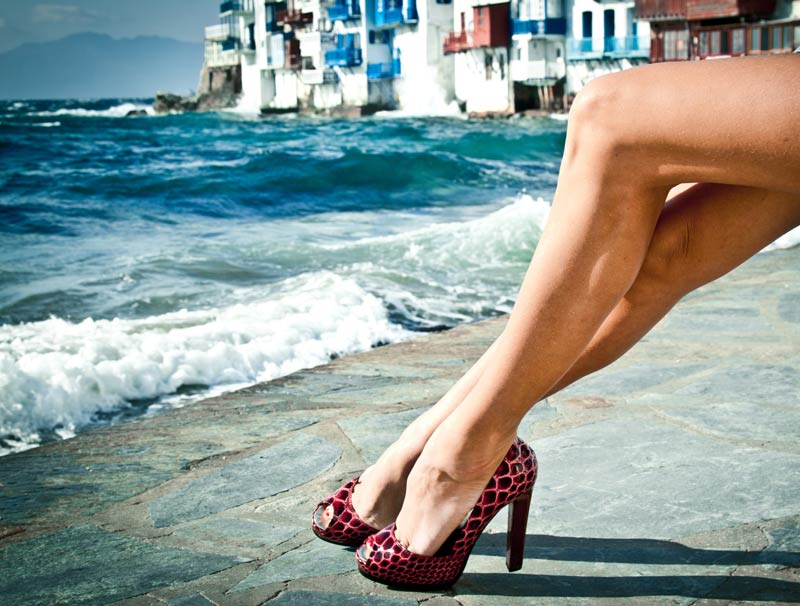 From the moment you land in Mykonos you start realizing why this small sunny gem, surrounded by the eternal blue of the Aegean Sea, is a dream destination for millions of people around the world. There is something different in the air, an uplifting sense of freedom combined with an explosive energy that can make your heart beat a little faster. And even if you’ve read in the most exclusive travel guides everything about its gorgeous beaches, delicious food, spectacular sunsets and night long parties, Mykonos will still keep surprising you in every step.

You might be surprised for instance if at one of its picturesque small bars, you will find yourself sitting next to a worldwide famous Hollywood star or a member of a royal family. Or if, sunbathing on the beach right next to you, is a world class soccer champion or one of the legendary entrepreneurs of our century.

After all ‘celebrities in Mykonos’ is a trade mark of the island and has been so since the early ’50s. Back then, members of the post war Athenian upper class, who were sailing around Greece exploring its beauties, discovered a small paradise located in the eastern Cyclades just a few hours away from the mainland. At that time Mykonos was a fishermen island and its breathtaking beaches had not been touched by any other human presence than their own. Little by little those first visitors, attracted by the unique atmosphere of the island, started bringing over their rich and famous friends from all over the world. And thus a legend was born.

It is said though that the real pioneers were some French archaeologists who, around 1800, while working at the excavation site on the sacred island of Delos, started talking about the unparalleled beauties of nearby Mykonos where they kept returning every evening to have dinner and spend the night.

Nevertheless it wasn’t until the ’50s that Mykonos started hosting the real celebrities of the time, like Onassis, Niarchos and other prominent Greek ship owners, Maria Callas and many others, In 1954 queen Frederique of Greece invited royalties from all over Europe on a cruise around the Cyclades and got them all touched by Mykonos magical spell. As expected, upon their return they started spreading the news about this ‘found paradise’.

The ‘big party’ though began during the mid ’60s, with the opening of the 9 Muses discotheque that became a must go for celebrities; something like the summer version of the famous New York Studio 54 club. Mykonos became the place to see and to be seen for all those who longed for a holiday on a truly extraordinary island where everything seemed to be allowed and free.

Thus Mykonos entered the exclusive club of the international jet-set’s ‘golden destinations shortlist’ and became a love place for celebrities like Aga Khan, Grace Kelly, Richard Burton, Marlon Brando, Elisabeth Taylor, Jackie Kennedy, Rita Hayworth, Mick Jagger and so many others – not to mention presidents and chiefs of states, worldwide known fashion designers, sports stars and an ever growing list of the people who appear on the front pages around the globe.