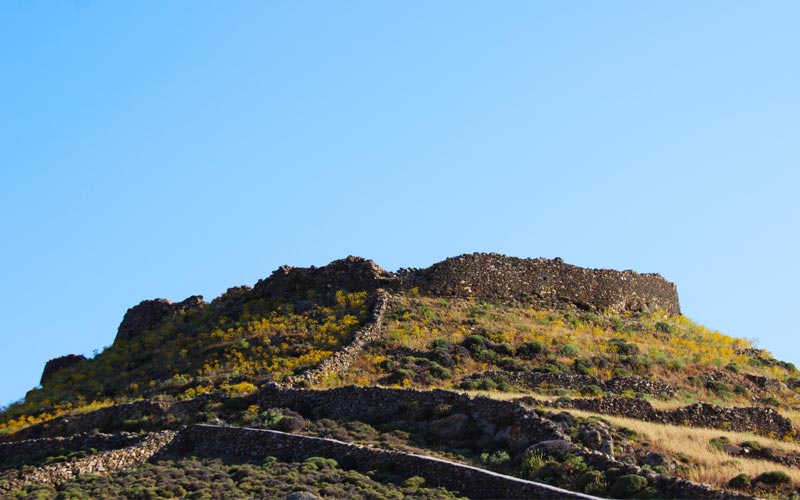 Everything about Mykonos is usually referred to as legendary: beaches, sunsets, nightlife, shopping, dining, sailing and much more are described in the most prestigious travel pages of the world as part of an Aegean legend that must be visited at least once in a lifetime. Being masters of what legend really means, ancient Greeks created a series of myths about their gods and heroes, about the origin of life and of the world as we know it. In these inspirational myths Mykonos has its own very special place.

According to the fascinating Greek mythology, the island was named after Mykons, a local hero who was its first ruler and also the grandson of Apollo—god of light, arts and divination. Apollo was born in Ortygia, a small island next to Mykonos that Zeus named Delos (visible) after his birth, as Ortygia appeared unexpectedly amidst the waves of the Aegean just when Leto, Apollo’s mother, was looking for a safe place to give birth to him and his twin sister Artemis. Legend says that the large rocks scattered around Mykonos are the petrified corpses of the Giants.

And there is more… Another myth says that on Mount Olympus, where the 12 ancient Greek gods used to live, the famous tribe of the invincible mountain-tall Giants also lived. Having the knowledge that their powers would be lost away from Olympus, Hercules managed to lure them out of there and lead them to Mykonos where he destroyed them. Legend says that the large rocks scattered around the island are the petrified corpses of the Giants.

Nevertheless, if you are in for the true, authentic legend, just book a ticket for Mykonos, where all legends are alive and thriving!